Vocal Abuse or Misuse and its' Consequences: Pop Singer and Average Joe Examples 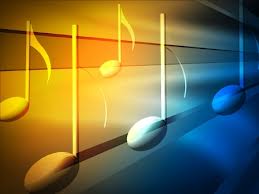 The vocal cords are something we use and abuse everyday. Whether we speak a lot at our job giving presentations or on the phone or sing, we use the vocal cords a GREAT deal in everyday life.  It becomes more valuable to us when we depend on our voice for our living whether it be as a singer or in a vocation which uses a lot of speech such as being a lawyer, educator, or someone who gives a lot of presentations.

"There's probably no part of the body that sees more trauma in a lifetime", Steven Zeitels, MD, Director of the Center for Laryngeal Surgery and Voice Rehabilitation at Mass. General Hospital. Dr. Zeitels measured Steven Tyler's vocal cords (Aerosmith) during a 2007 concert and they collided 780,000 times! http://www.youtube.com/watch?v=B3hlooOjAxE This is an intense amount of use that with the help of an operation and voice therapy has withstood decades!  Steven Tyler openly shares with us how much use his voice has withstood and the changes it has endured as a result of use in this video.

An average woman, Abigail Pogrebin, author from Good Housekeeping, states, "There's a song in my heart-just not in my throat."  Abigail used to be able to sing and loved to sing, but states she cannot sing anymore.  She cannot even cheer or speak above the the din of a restaurant.  Over time her voice just plain become husky to the point that people constantly thought she had a cold.

Her doctor sent her to an ENT (ear, nose, and throat doctor) who guided a micropscopic video camera up her nostrils and down into her belly.  This showed Abigail the link bewteen the two organs she never understood before.  The resulting diagnosis?  Vocal cysts on both cords as a result of 'vocal abuse'. In other words, talking too much, too vigorously, which made the cords swell and chafe, creating bumps (friction essentially causing a callus on her vocal cords).  She was put on acid reflux medicine and sent to a speech therapist.  This generally doesn't happen to shy, soft-spoken people, but those who are enthusiastic about life both emotionally and vocally!  She was instructed as to how to change her breathing (relax it) and not talk if not necessary in addition to many speech therapy techniques!

Speech therapy generally entails time spent finding your low breath, breathing more often, speech drills that focus on resonance and proper pitch for speech, shorter talks on the phone, among fixing other bad habits the speech therapist may identify.  Through the process, one quickly discovers HOW dependent we are on words and how we deliver them.  (Speaking to fill silence, muttering all the thoughts in our heads, talking on the phone while do a milllion other things).  We are in essence SOUND.  We don't realize it until we are affected by our voice (or lack thereof).

Many people don't realize how strangled their sound has become until they try to do something MORE with it, like sing again! Why is it that I can't sing like I did when I was 17?  Think about the various ways you use your voice in addition to singing.  It all impacts the same body parts.

"A voice is not a given, but a godsend.  It's the way we connect, emote, present. ourselves."  (Abigail Pogrebin)

Take care of it and it will help you achieve what you were meant to do on this earth.  By spending time identifying the good and the negative habits we inherently have, we help ourselves to improve the best individual commodity we have, our VOICE! (Susan Anders Brizick)

I would love to hear your thoughts and experiences.
Posted by Susan Anders Brizick at 10:00 AM