Masterclass on Movement, Acting and Singing - Yoga Poses and Enhancing Performance of a Song 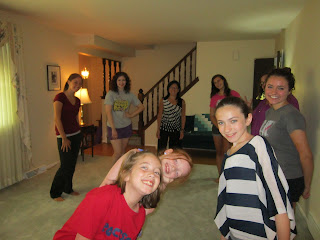 I recently ran 2 Masterclass/Workshops on Pilates, Yoga, and Acting and their Effects on Singing.  What an amazing time!  All of the students had fun exploring how freeing up space in your body can affect the singing voice.  They also had a chance to work with an acting coach on individual songs that they are singing both as a monologue and in song.  It was great for all to see how truly connecting to the character of the song can change how it is sung.  We also explored how establishing purpose to our movements we can free our sound even further.


Why Pilates?  Pilates focuses on good posture, freeing the head and neck, free flowing breath and core strength which are all essential to singing well.
Why Yoga? Yoga also focuses on free flowing breath, good posture and core strength.  It also adds the concept of relaxation and focus of the mind.  The mind and body communicate to create an empowered state of strength and focus/stress relief.  This is an excellent way to combat performance anxiety.

The combination of the two helps you become connected with body and mind so you react faster and work better as a unit to create.  free, relaxed and beautiful singing.

The Yoga portion of the Masterclass consisted of a few vocal warm-ups followed by a series of simple Yoga and Pilates poses and stretches designed specifically for the singer.  At the conclusion of the section, we repeated the vocal warm-ups to see if they had any effect on our singing.

- “The yoga poses really had an impact on my singing.  All of the sudden my body and my voice were open and it was easy to sing.”  Current Student The Yoga and Pilates poses which we did in the Masterclass can be found in my Yoga Sequence for Singers  http://bit.ly/NTgCUS or Shortened Yoga Sequence for Singers  http://bit.ly/NTfHUH.   Most poses are pictured in the sequence, but some are described in the contents.  I suggest adding at least 4 poses to your warm-up for singing.   Make sure that you take at least 3 complete breaths in each pose, inhaling through the mouth and nose and exhaling through the mouth.  Repeat each exercise at least once.
Acting and Singing

The second part of the Masterclass included acting games and work on expression in a song each student is learning.  What a difference connecting to the character and emotion of the piece can have when you sing!  Compound that with allowing yourself to move and elongate your motions just how we stretch the length of our breath support for a phrase and wow did the singing change.
Many students said they enjoyed singing in front of others, hearing others sing and watching the transformation of the singing before them, or actually getting outside of yourself to interpret the character and song and think about how you were physically expressing yourself or not (happy but not smiling or scared, but not reflecting it on the face or body).

“Acting out the song makes you try something new and look at things from a different perspective.” Current Student


A great time was had by all!  Go to see some samples of the Masterclass at http://on.fb.me/PQWnrK  I am so proud of all of my participating students and look forward to a great Summer Recital!
Posted by Susan Anders Brizick at 6:15 AM No comments:

Repertoire for Child Singers- The Dilemma of What They Want to Sing and What They Should Sing: Finding the Common Barrier Reef.

Repertoire for Child Singers- The Dilemma of What They Want to Sing and What They Should Sing: Finding the Common Barrier Reef.


Most voice teachers encounter this dilemma weekly.  How do we get the young student to understand what they should and shouldn’t be singing?  Yes, there is the eye roll from the pre-teen and teenager.  It is not merely a matter of style or musical genre but more what is appropriate for the age and what are BELIEVABLE lyrics to be coming out of their mouths.  (There can be a whole other chapter on what is appropriate vocally, good for their voice, teach good technique, etc.) .  The fact of the matter is, there is a great deal of repertoire out there for our young singers to sing that they can connect to and learn how to communicate in all realms of literature.
What do you do when the 11 year old student wants to sing Adele?  Ask what it is they like about the songs.  Ok, nice voice, being in “in” crowd, good beat.  Are these songs right for them?  Yes, the eye roll again.  Read some of the lyrics of the songs- are they believable if they are coming from a young girl?  Can a young student relate to those words?  Who in any audience (besides close friends) will believe them if they sang these grown up songs?   Who is going to believe a 12 year old singing about the loss of a love that is crushing them to their core?  (www.nats.org, R. Edwin, Journal of Singing, April 2012)
It is so important in our song selection that the believability and connection to the character are sound and secure.  This is what carries the successful delivery of a song.  We must find pieces that the young student can relate to and then can learn how to communicate.  This authenticates their performance and enables them to truly communicate with the audience in song.
What are some sources to consider?  Explore your Broadway books for selections from the Young Cosette in Les Miserables, Mary in Secret Garden, Gretel, Brigita, and Louisa in Sound of Music, Baby June in Gypsy or Nellie in Annie Get Your Gun. All of the Walt Disney classics and new musicals have a plethora of options.  With Pop options, you may need to be more selective, but look at Hannah Montana/Miley Cyrus, Taylor Swift, Christina Auquilera, Demi Lovato.  They are believable pieces for your pop-loving students. Remind your students that sometimes the voices are electronically enhanced.   In exchange for and in addition to these selections, have your students sing folk repertoire or art songs which have easy to interpret messages.  GUIDE them in interpreting the repertoire and guide their ears to open to all of the wonderful music out there.
Careful explanation of WHY the song might not be believable shows a lot to a child (and parent).  Finding pieces that achieve the believable goal and teach solid technique are priceless (and all the more reason to keep those nugget pieces of a more classical nature) in your pocket.  This approach may help you merge the common Barrier Reef and help students not only discover their wonderful voices but learn to like a new genre of music.
What are your suggestions for other great repertoire for the young  or child singer and overcoming the Barrier Reef?
Posted by Susan Anders Brizick at 1:00 PM 1 comment:

Patriotism in our “Star Spangled Banner” or Show of Vocal Talent? A Closer Look at Our National Anthem 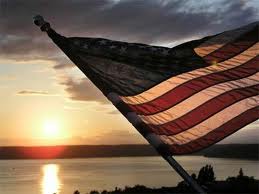 As the patriotic Independence Day passed, I began wondering about our National Anthem.  Do we show our patriotism through singing the “Star Spangled Banner” or has it become merely a show of vocal talent?  As a voice teacher, students ask me to work on the song frequently so that they can sing at their high school football or basketball game, sing at a ball park, or local softball game.  The difficult 1 ½ octave range song is a hurdle for some, the words are another hurdle for most.
In teaching the song, of which we mostly know the melody, I stress authenticity of the melody with not too much embellishment.  In other words, sing the song how it was written without too many added notes.  I also focus on what the words MEAN.  This not only helps the student remember the words, but the meaning and intent of the piece.  It is about our nation’s independence, not a flash of how many notes you can sing.
When looking at the words of our “Star Spangled Banner”, as with all pieces, one should look at the Who, What, When, Where, Why, and How. (Star Spangled Banner- A Tutorial by R. Edwin, Journal of Singing, Sept/Oct 2011).  First I include a little history lesson:
The “Star Spangled Banner” was written by Sir Frances Scott Key during the War of 1812.  He sailed out on a ship to rescue a civilian prisoner of war who was being held by the British.  He witnesses the attack on Fort McHenry in Baltimore.  He is pleased to see the American Flag flying high the next morning and began to write “The Defence of Fort McHenry”, now known as the “Star Spangled Banner”.  In 1931, it was declared the National Anthem.
The poetry of the song is in Old English and difficult to decipher, so I review the history of the song with the student:
1.       Which War was it written during?  War of 1812
2.       Where and when was the battle? Baltimore Harbor (1814)
3.       Who won? We did
Then we take a look at the lyrics:
“Oh say can you see, by the dawn’s early light”
Question: What time of day is it? Dawn
Question: What is he trying to see? Flag flying in the fort
“What so proudly we hail, by the twilights last gleaming.”
Question: When did you see the flag?  Last night at twilight
"Who's broad stripes and bright stars, through the perilous fight"
Question: What does the flag look like? Bright stripes and bright stars
Question and answer through the whole song.  Why is this analysis necessary?  It helps the student to understand and remember the words to our nation’s anthem.  Also, when they comprehend what they are singing, singers add so much more emotion and meaning to a performance.  This is something we should keep in mind for ALL of our songs, especially one that is the example of the pride of our nation!
“What key should I sing it in?” is often the resounding question.  Sing it in a key which the high note is still comfortable even if it means sacrificing a little clarity on the low notes.  A female belter should sing in F (high note is a C) or F#.  A-flat is generally a good key for the average voice.  The starting note of the piece is the fifth of the key, so play around with what works for the student, remembering to make sure they comfortably reach that high note.
Above all, make sure that you are singing the National Anthem with our nation’s pride in your mind.  It will not only to enhance your performance, but drive home the meaning of the piece- we are PROUD to be an American watching the flag fly freely.
Posted by Susan Anders Brizick at 6:27 PM 2 comments: